Think Big and Small: Increase Sales from All Segments Of Your Sales Channel

Did you know it’s possible to create a significant lift in sales from ALL segments of your sales channel — big sellers, average sellers, low sellers and even your inactive sellers? It all comes together when you use an engaging incentive program design that’s right for you and offers appropriate non-cash award value levels.

Discover how a GoalQuest sales incentive program delivered a 251% ROI in 90 days.

If you’re looking for that much-needed sales lift, read on to learn how BI WORLDWIDE’s GoalQuest® incentive structure gave one of our clientsa necessary (and unbeatable) sales boost.
The Scenario
A major manufacturer of on- and off-road utility and sports vehicles had acquired a manufacturer of electric utility vehicles. Two years after the acquisition, the existing dealer channel sales were disappointingly sluggish.

At that point, only half of the 200+ dealers had sold any units in the past six months. Worst still, many of the dealers hadn’t sold any units within the past full year — and were altogether ignoring the electric vehicles in favor of their gas-powered counterparts. Our client asked us if there was an effective way to boost their sales across the board.

The Specific Need
It quickly became clear that our client needed to increase volume amongst the dealers who were actively selling electric units and reignite sales among its dormant dealers. It was especially important to communicate with — and actively engage — their inactive dealers.

• Asked participating dealers to select a dealership growth goal from
three pre-structured choices to be eligible for the 90-day incentive program
• Assigned a volume baseline to each dealer, which was their actual average quarterly unit volume from the previous year
• Required that all dealers, even high-volume ones, grow their sales
units over baseline to earn any award
• Was structured so that available award values escalated rapidly as
goals increased in difficulty
• Allowed dormant dealers to earn an award if they could sell even
one, two or three units during the program period 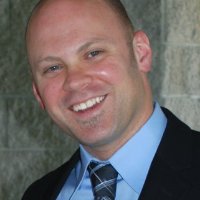 Matt brings a broad background in communications strategy, adult learning theory, and applied behavioral economics grounded in classical philosophy to solve business challenges in the context of human needs. He has a passion for the science behind the art of marketing. His primary focus is to authentically understand the emotional triggers of audiences in order to change mindset and behavior, driving business results. As Vice President of Communications at BI WORLDWIDE, he is currently leading an integrated communications practice designing and developing both sales engagement and employee experience marketing solutions for Global 2000 companies.
Close