The Twig Moved: A Lesson in Leadership

In the 2000 movie The Legend of Bagger Vance, Matt Damon’s character, playing in a competitive golf tournament, sees his ball shift slightly as he moves a leaf away which, according to rules of the game, is a penalty. He does the right thing and calls a penalty on himself, adding to the drama of the movie and the honor of the Damon character.

Real life and art came together when professional golfer Brian Davis, in a sudden death playoff to win his first PGA event, saw his ball move when he apparently touched a loose twig during his backswing. He promptly stopped, and after deliberation with an official (who didn’t see the violation, nor did his playing partner) called a two-stroke penalty on himself. Afterward Davis remarked: “It was one of those things I thought I saw movement out of the corner of my eye. And I thought we’d check on the TV, and indeed there was movement.”

Brian Davis penalized himself and lost the golf tournament, but won the admiration of fans and peers. The eventual winner, Jim Furyk, said: “To have the tournament come down that way is definitely not the way I wanted to win. It’s obviously a tough loss for him and I respect and admire what he did.”

One of the unique aspects of golf is that players can, and often do, penalize themselves. Players are asked to help in enforcing the rules of the game. Brian Davis did that. To many what happened–a small twig moving slightly on his backswing-may not seem like a grave infraction. But the rules of the game are designed to make sure no golfer gets an unfair advantage over other players, and moving a loose impediment near the golf ball might do that. Ergo, it’s a rule and there’s a penalty and Brian Davis, in spite of the obvious consequences to himself, called the penalty and lost the match.

In our research into the New Rules of Engagement™, we learned that honest and ethical leadership makes a significant difference in creating a more productive, engaging workplace. Listen to employees where engagement is low comment about a lack of trust based on shaky integrity:

“I’ve seen my managers lie to their employees about their loss of benefits and other issues.”

“Although the CIO says he has no plans for outsourcing, there have been at least two meetings with large international outsourcing companies.”

“The upper members of the management team are not forthcoming. They give an air of suspicion and distrust to their employees. Fishing for information to use against each other is not an appropriate tactic.”

Contrast these comments from employees who feel a strong bond of trust with their leaders:

“I’ve worked in environments where I didn’t entirely trust the CEO and management, which is why working here is so refreshing. I believe the management team has a lot of integrity, and it’s genuine.”

“I believe leadership is honest and provide crucial information about the current state of our industry in light of the economic down turn. This transparency has kept me here.”

“I grew up with my grandfather. He had his own business in which he regarded honestly and integrity an important aspect of his business. Our CEO leads with those same traits. I have the highest regard and complete trust in the leadership here. I am also confident that next generation of leaders will lead in the same manner as we continue towards the future.”

Over the past few years we’ve had more than our share of dishonest leaders. In the wake of all the corporate scandals I’m sure there are some laws that could help reduce the chance that executives could bilk us.

They would act like the rules meant something and police themselves. They would call a penalty even for the slightest of infractions, because they know that any violation is a violation, plain and simple.

When the “twig moves” a penalty is assessed.

According to our research, leaders at highly engaged workplaces are more likely to have figured that out, which leads to greater loyalty and effort from their employees. Want to be a better employer that is revered by employees, customers and shareholders? When the twig moves, do the right thing.

What unlocks the power of that reciprocity now? What do Millennials want at work? How did the Great Recession alter the “unwritten social contract” between employee and employer? What’s the right approach to wellbeing? Is it true that cool places to work really outperform the others? See how The New Rules of Engagement answer those questions.

See how The New Rules of Engagement answer those questions by downloading the poster. Download Now 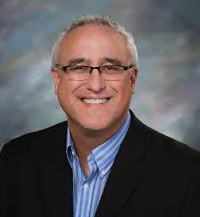