How to engage and retain employees during mergers and acquisitions

Take these steps to create a sense of security and stability for employees during a merger or acquisition.

Layoffs, new bosses, office moves and policy changes are some of the top fears employees have during a merger or acquisition. So strong and deep seated are these fears that some theories even suggest employees tap into instincts developed in a primitive time when a change in environment could mean a life-threatening loss of food, water, shelter and safety. While organizational change is not life threatening, our survival instinct is no less real.

The business of people

With the rapidly evolving business environment, mergers and acquisitions are becoming more and more common. In fact, “2015 was a record year for global mergers and acquisitions, as volume surpassed $5 trillion for the first time on record,” according to a report by Dealogic, a UK-based financial software company that develops tools and services used by investment banks worldwide. And while these deals are made to increase market share, improve efficiency, save on costs, add capabilities or even avoid taxes, their success really depends on their employees. The very same employees who are fearful for their jobs. “A merger or acquisition is ultimately a human process.

To simply assume…the transformation will succeed, or the myriad issues and concerns associated with it will work themselves out in the long run is naïve,” wrote Anthony F. Buono and James L. Bowditch in their book, The Human Side of Mergers and Acquisitions: Managing Collisions Between People, Cultures, and Organizations. So how do organizations keep employees focused, productive and feeling secure instead of stressed, fearful and fighting for survival? By employing four key strategies, managers can navigate the choppy waters of a merger or acquisition to engage and retain employees.

Defining the mission and sharing it with the entire organization is a critical first step. “One of the most common fatal flaws in creating a collaborative organization is failing to pursue a common mission, a goal premised on an agreement that both camps will succeed together,” wrote Rodd Wagner and Gale Muller in their book, Power of 2: How to Make the Most of Your Partnerships at Work and in Life.

When leadership puts this strategy to work, the results speak for themselves. Case in point:

After a large health system went through acquisitions, consolidations and relocations brought on by the Affordable Care Act, many leaders and employees were confused about the organization’s direction for the future. To clear up confusion and get everyone on the same path, the company held a leadership meeting focused on the theme “One Call,” which spoke to the health system’s Catholic mission and history and created a call to action for the future. An inspiring mix of guest  speakers, music and videos all focused on the future of healthcare, discussed how to overcome adversity and created an atmosphere of positive change and forward momentum. But more than simply hosting a motivational day and hoping for the best, the organization put tools in place to measure its effectiveness. By surveying attendees at the beginning and ending of the meeting, the organization was able to gauge the success of the day’s program. The results? 95% of employees expressed an increase in their commitment to the organization and 28% reported a sense of empowerment and confidence to create change.

Once the mission has been established and communicated, the
next step is to cultivate employee behaviors and characteristics
needed to support it. Recognizing and reinforcing these behaviors is
a powerful long term strategy because actions that are recognized are
often repeated.
“An effective recognition strategy trains managers on both the
philosophy of recognition, as well as how to deliver it well,” said
John O’Brien, Vice President of the Employee Performance
Group at BIW. Managers should recognize and reward adaptability,
flexibility and accomplishments of both individuals and teams
during and following a merger or acquisition. “It’s also important
that the approach is sustained over time,” says O’Brien, “with
communication tools and recognition targets for managers to keep
the program alive, while allowing them to adjust their approach as
changes are needed.”

3. Recognize team members
A free-flowing peer-to-peer recognition program can have the biggest reach across an organization. These programs enable employees to recognize—publicly or privately—anyone in the organization who is embracing or exemplifying the company’s core values and behaviors. And the act of offering recognition is valuable to the recipient and the giver alike. BIW brought this approach to life while working with a company to implement an IT talent retention program during an 18-month migration of customer data from a legacy platform to a new platform. The program enabled employees to recognize each other for their efforts toward the integration and attainment of key project milestones. It also rewarded consistency, retention and excellence in achievements. The program resulted in a statistically significant reduction in voluntary terminations for this group compared to the rest of the company.

Engage your employees during critical moments of change.  Download the Full Whitepaper.

Engage your employees during critical change. 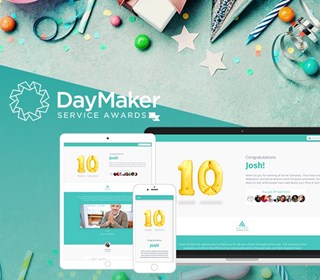